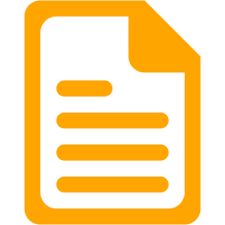 Are you are a trustee or CEO of a small charity? Have you been assigned (if you volunteered, you are a rare breed!) the daunting task of preparing the Trustees’ Annual Report? It is close to the deadline and the accountant is chasing for a trustees’ report. Have you no clue of what to include in your charity’s trustees’ report? Or are you one of the charities in the 30% margin that, according to Charity Commission’s report, do not meet the basic quality benchmark for their accounts and report? Fret not, Charity Accountant have this simple easy to understand guide on what to include.

What to include really depends on the income and nature of activities of your charity. Larger charities (ie with income over £1mn or assets over £3.26mn) have a whole lot more to report on, than small charities. We have broken down information you need to add in your report into 8 headings. Below is information which you should include in your trustees’ report if your charity’s income is below £500,000.

It is a relatively well-known fact that it is the trustee’s collective responsibility to review the charities going concern ability on a regular basis. But the fact that trustees have to review the charity’s ability of continuing for the next twelve months from the date of the review is not very well known. Most charities prepared budgets for the year ahead. But as you are half way through that year, how many charities extend that budget to cover the next six months? The answer is, from our experience, not many. They will wait till they are in the last three months of that budget before starting the budget for next year.

If your charity is doing this, it could be a dangerous and unnecessary financial risk. If there are issues you may not realise that you are in muddy waters until you are in month 6-12 of the budget. Which will be too late to put any corrective measures in place.

I totally understand that in the current climate it is nearly impossible to predict whether your charity will be a going concern. Nevertheless, trustees are still responsible to identify any issues and take reasonable step in reasonable time.

Disclaimer: The above list is not exhaustive but includes the most common information to include in the trustees’ report. For full details and requirements to comply with Charity Law you should ask your accountant or refer to Charity Commission guidance. Alternatively get in touch with Charity Accountant and we will be more than happy to help you.